The coming of December means not only the coming of the permanent cold but also the streets dressed in festive lights, the flurry of the Christmas markets and the smell of the roasted chestnut. The Christmas preparation is beginning, the indispensable element of which is the Nutcracker. In the 2019/20 season, the BudapestOperetta Theatre also staged the classic ballet as a special festive surprise.

The Nutcracker- which was presented in Győr and at the Vienna State Opera with huge success and full house - is a joint production with the Hungarian Dance Academy directed and choreographed by Gyula Harangozó. In the leading roles one can see the graduate students of the university, but multiple age groups will appear on stage during the performance, offering a diverse, colourful spectacle. A point of curiosity is that we can welcome the young talents appearing in our musical Carouselagain in our theatre.

In theperformance, the Ballet and the Orchestra of the Budapest Operetta Theatre will participate, with Gyula Pfeiffer conducting.

The classicsof Pyotr Ilyich Tchaikovsky was created based on E. T. A. Hoffmann’s tale, The Nutcracker and the Mouse King. This was firstreworked by Alexandre Dumas Sr., finally, the rewriting of Marius Petipa, the former choreographer of the Imperial Theatres, became the basis of the original Nutcracker. The enthusiasm of Tchaikovsky for the play was quite low because he thought that the gorgeous sceneries and costumes draw the attention away from the music, however, the interest of the theme of the tale raised his attention and he accepted the request for choreographing the ballet. It is interesting to know that this was the last creation of his life. The premiere of the Nutcrackerwas held on 18th of December, 1892 at the Mariinsky Theatre in St. Petersburg which was preceded by a concert on 7th March in St. Petersburg where an extract of the ballet, the so-called Nutcracker-suite was presented.

The play isset at Christmas evening when one of the guests, the uncle of Drosselmeier brings a nutcracker doll as a gift for the daughter of the family, Marie. The story carries on in the girl’s dream where the doll revives as a prince and takes the girl on a magical voyage. In its beginning, they immediately have to fight with the Mouse King and its army to proceed on the adventurous voyage of the dreams. In Hungary, the play debuted in 1927 with the choreography of Ede Brada, but finally it become known with Vajnonen’s choreography staged in Budapest in 1950.


The Nutcrackerconsists of two acts, its duration is 2 × 50 minutes.
Since it is the mostpopular children’s ballet of the world, we also welcome the children, the play is recommended from the age of six. 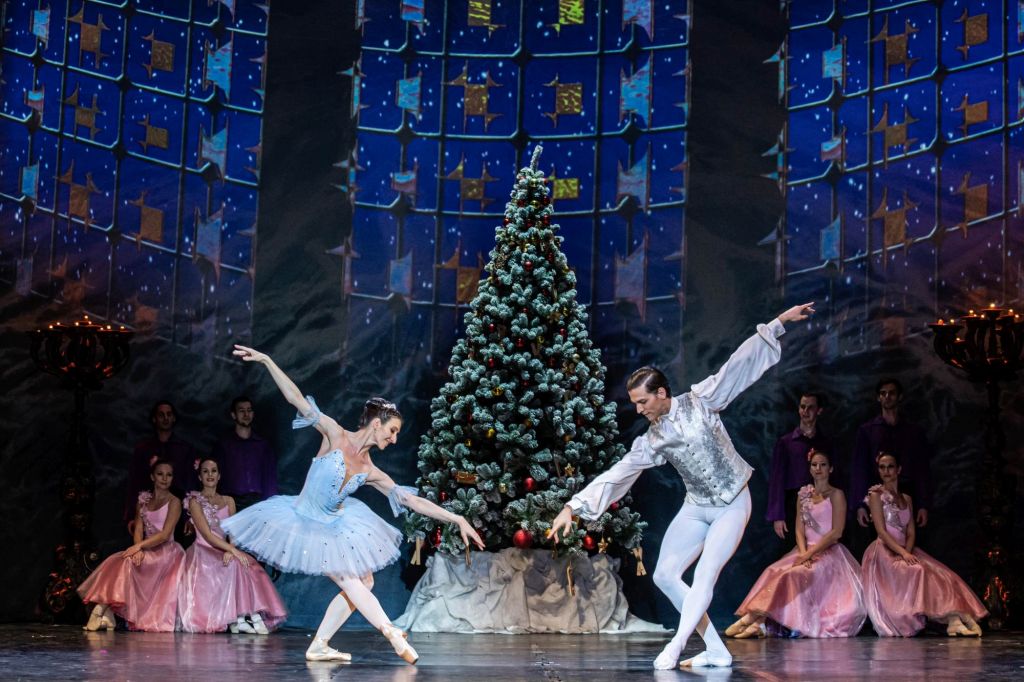